Nested on a hillside overlooking its private bay on the North-East part of Crete, Daios Cove boasts 165 private sea-water pools a 2,500-m² spa, and luxurious rooms with spectacular views of the cove and the sea.

At night it turns to an International food bazaar with lots of International theme nights. A lighter fare is served at the Ocean Club. The Greek Tavern is set at the water’s edge and proposes local specialties and daily fresh catch.

Crete is the largest island in Greece, and the fifth largest one in the Mediterranean Sea. Here, you can admire the remnants of brilliant civilizations, explore glorious beaches, impressive mountainscapes, fertile valleys and steep gorges, and become part of the island’s rich gastronomic culture. Crete is, after all, a small universe teeming with beauties and treasures that you will probably need a lifetime to uncover!

However, despite the tourist development in some places, Crete Greece also keeps intact its unique character. Its long history has left evident marks on the greek island: Minoan palaces, Venetian towns, Medieval Castles, Ottoman mosques and Byzantine monasteries constitute the most important sightseeing. And of course the most distinctive characteristic is the beaches.

“Tailor made services” prior to arrival 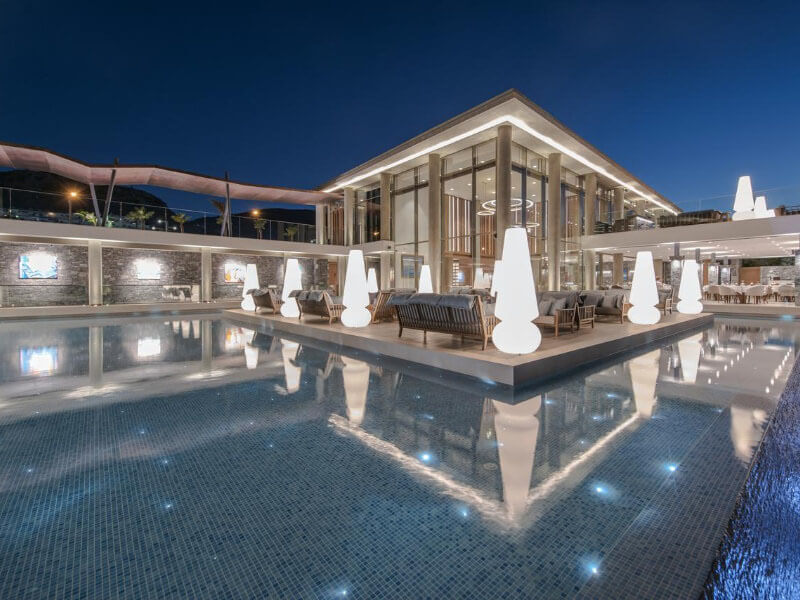